Sometimes it is intended to display the endless expanse of the surrounding world, and sometimes focuses on man-made features, such as architectural spaces.

Today, most of the pictures of the landscape depict spaces without human activity and emphasize the primacy of nature.

Some photographers follow this type of photography as an outdoor lifestyle to be involved with nature and the elements, and others in order to escape the artificial world of today. 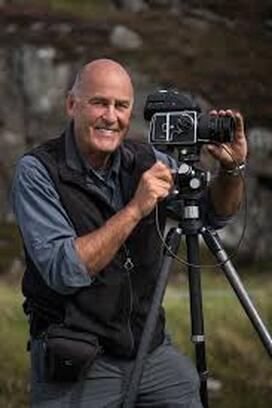 
Charlie Waite is one of the pioneers of landscape photography in nowadays.
He is an Englishman who worked in Theatre and Television for the start of his professional life, in this period he learned theatrical lighting and design, and the way of his landscape photography be revealed to us through light and shade stole him away from the acting profession. His biography and achievements do not need to be introduced, but the reason I want to introduce him, while his photos show the strength of the classic rules of composition, is the uniqueness of using perspective to create a best depth to The image. 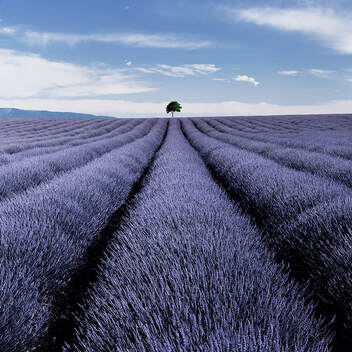 ​A STYLISH PHOTO OF A SPECTACULAR OUTLOOK


Look at this picture, in addition to the beautiful environment and seductive color combinations, the first thing that draws our attention is the perspective of the image, which through repetitive lines focuses the viewer towards a point in the background and center of the frame. 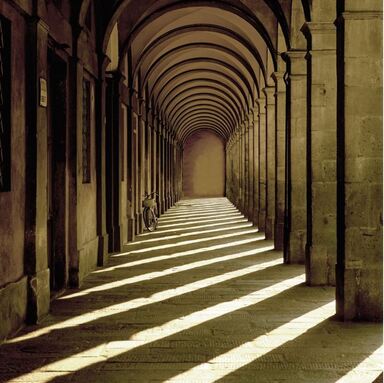 A SEEMINGLY SIMPLE PHOTO WITH A POWERFUL COMBINATION
​
Here, the perspective is made by repeating of the steady lines of vertical pillars, curved lines of the ceiling, and contrasted penumbra of oblique lines, with the combine of the brown color, strengthened the composition which is, the viewer can watch it repeatedly with no fatigue. 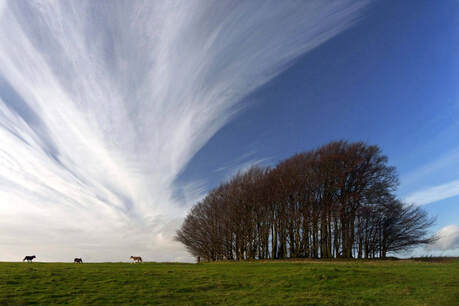 ​FLAWLESS AND THE PERFECT KIND OF COMPOSITION IN LANDSCAPE PHOTOGRAPHY


The main subject (trees) at the golden point of the frame, the horizon line in the lower third of the box, the three animals with the exact arrangement of the two opposite and the one in the middle for the weight and balance in the composition, and the final completion, the curvy lines of the cloud, combine with the curvature of the slope of the trees, made an orbital perspective of the picture. 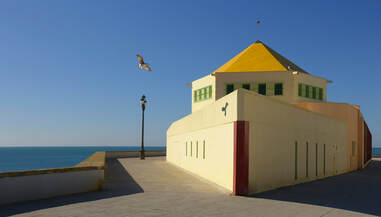 ​MY SHADOW IS YOUR BRAND

This spectacular photo proves how the photographer can create such a perfect image with the observance of the initial rules of compositions and a certain amount of patience and diligence. look at the picture: an architectural building in the golden point of the frame, the horizon line in the lower third of the box, the zigzag lines on the sidewalk to direct the eye to the end of the frame, a street light in the background as a vertical line which is exactly the bird above it, which is in the form of an oblique line, and the shadow of the bird, which appears in the shape of a three-pointed star mark like a seal or brand. And at the end, what that really makes this composition unique is the three-point perspective that directs the eyes to triangular directions. 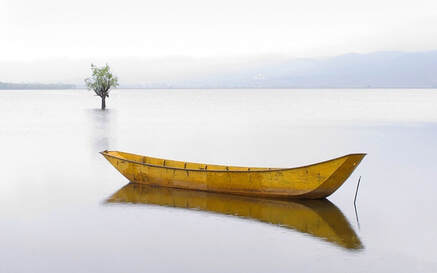 ​THE REALM OF SERENITY

A minimalism picture of nature that once again shows us that beauty is in simplicity for the most of the times, and in the vast space we can create the most attention and concentration with the minimum elements.
First, we analyze the structure of the photo with its primary elements:
A large level of stagnant water like the accumulation of horizontal lines, horizon line in the upper third of the frame, mountains in the background of the frame are in the form of a horizontal line, a tree in the form of a vertical line in the midground, and finally a boat in the foreground that fluctuates between a horizontal line and an oblique line.
Now we are moving a little further and reviewing the picture with stealing some info from the photographer about geography of the picture;
The picture is very beautiful at first sight, because of the presence of two energetic colors, yellow and green, it brings a positive atmosphere, but with a little more contemplation, the cold and soulless atmosphere unconsciously surrounds the viewer, but, by using the psychological knowledge of lines and colors, it can be explained;
Repeating the horizontal lines in the mountains, the straight horizon line, the still water of the lake, horizontal shadow of the tree on the water and finally the empty boat, with the accumulation of white color of the surroundings, inspires a sense of uniformity and death. The yellow color of the boat with shaded rotted spots has an exhaustion sensation in itself, but the position of the boat and its oblique shape, guides the viewer's line of sight from the right lower third of the frame in the foreground, to the left upper third of the frame in the composition, where the tree is shaped a vertical line as a solid symbol of constancy, along with the green color that stands for the endurance and the life itself.
This beautiful paradox of the lines and colors simultaneously combined the living and dying space in this photographic canvas. It is interesting to know that the photographer took this picture in China, and maybe it's not irrelevant to say that, we can take this as the symbol of the life of the people of China, which is green and yellow colors are the symbol of their naturalistic culture and art.