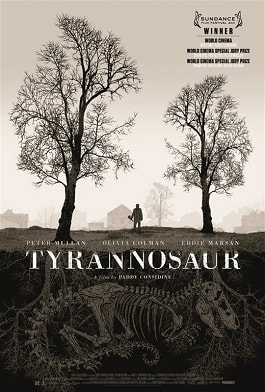 "Tyrannosaur” is a powerful drama from 2011 Ireland and in English language.
The film tells the story of an outrageous sociopath, which is the only thing that he understands, is anger.
In addition to the good script, this film is a master class of acting. Two good acting performances from Olivia Colman, winner of the Oscars of best actress on this year for "The Favorite" and Peter Mullan, whose strange role that he plays in the second season of the "Westworld" series as James Delos will not forgettable.
Mullan makes such an ugly, scary, but sympathetic character in the film, which will keep the movie in mind of the viewer for a long time. 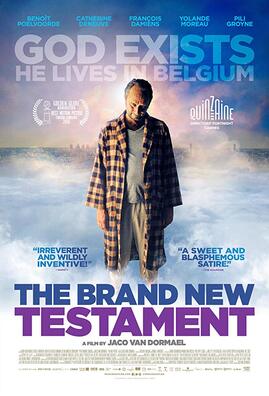 “The Brand New Testament" is a very funny and also thoughtful comedy from 2015 Belgium and in French language.
With the dynamic and fantasy storytelling, and with its cinematography and editing style which is inspired by the masterpiece of Jean-Pierre Jeunet " Amélie ".
But the story is very unique and interesting, and the script has been paid very well with the parallel narrative of the three different stories.
To synopsis, it's enough to say: Did you know that God exists and is alive and lives with his daughter in Brussels?!

When you watch the movie, keep in mind that laughing is the result of reasoning, and anything that makes you laugh makes you think.

is a deep parody-drama named "A Hologram for the King”. from 2016 Germany and in English language.
The story of a failed American businessman who has to travel to Saudi Arabia for marketing.
In this film, the space says a lot, the main character of the film is not a hero or a character or an actor, but a country, Saudi Arabia with all its contradictions.

Perhaps this is a highly political film, which seeks to highlight the many points such as the role of ruling money in the world today, China's role in world trade, and how to turn the American people from the traditional election into a different one and pick a businessman as president.
This film is also a romantic movie that reminds us that love happens somewhere that we do not expect.