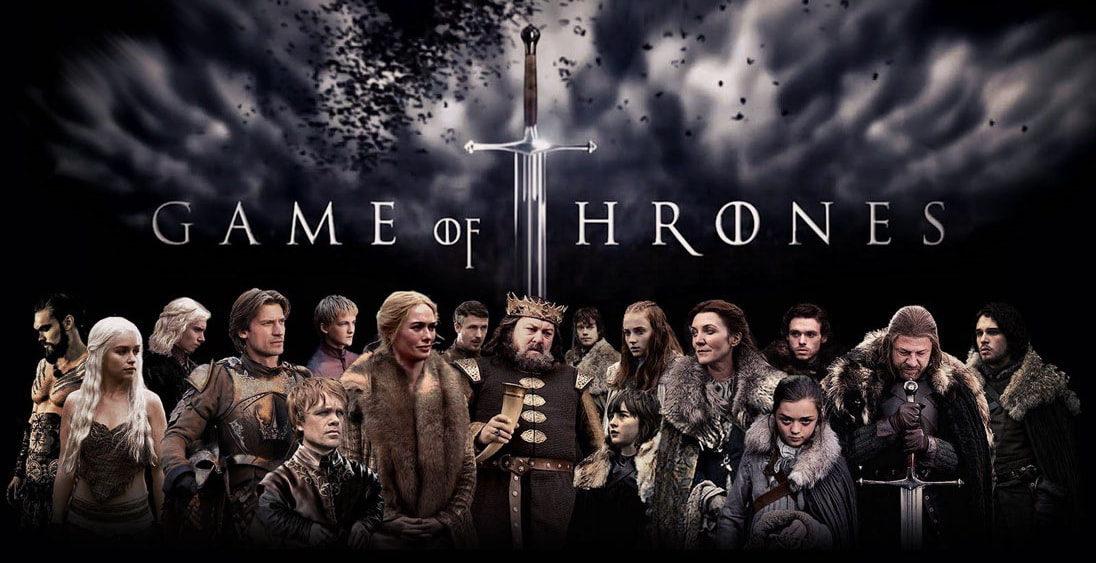 ​about game of thrones
​

The splendent "Game of Thrones" series has just finished. Apart from stereotyped discussions about dissatisfaction with the final season, it's better off we remind it with a great storyline and characters; the rare music of “Ramin Djawadi”, which, in addition to the high musical value, must surely be heard before each episode, because it provides the viewer’s mind with the full potential of the story space and for the fascinating characters and mighty acts.
In this article, I decided to write about 10 effective characters in this series in order of priority and in my perspective in this text and I would like to remind you which characters and which actors have influenced the series most of all.
Also to describe characters, I have been used the name of the famous movies. 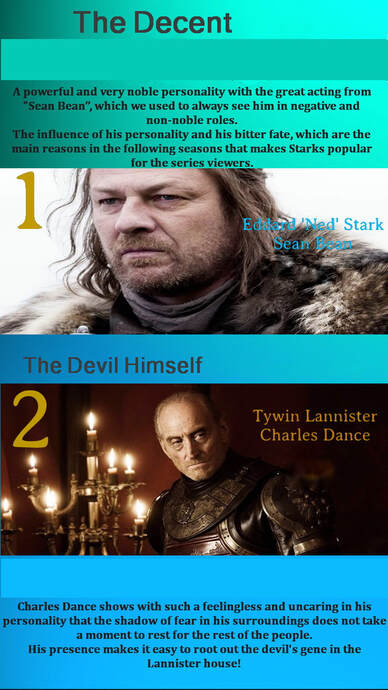 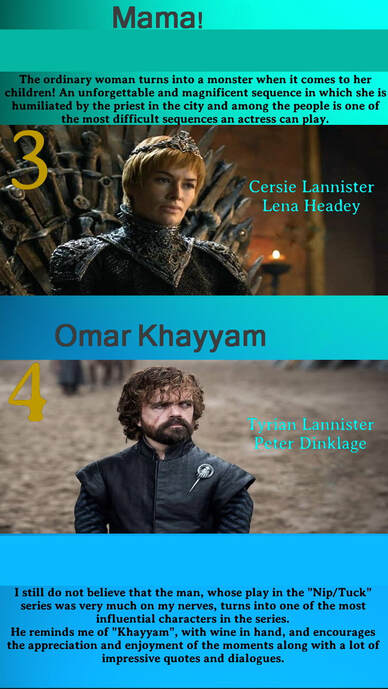 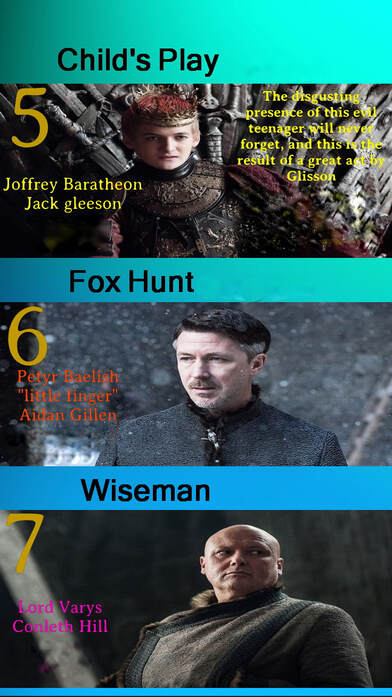 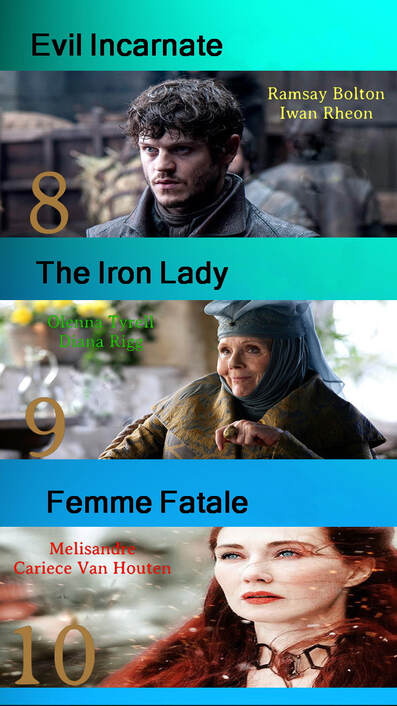